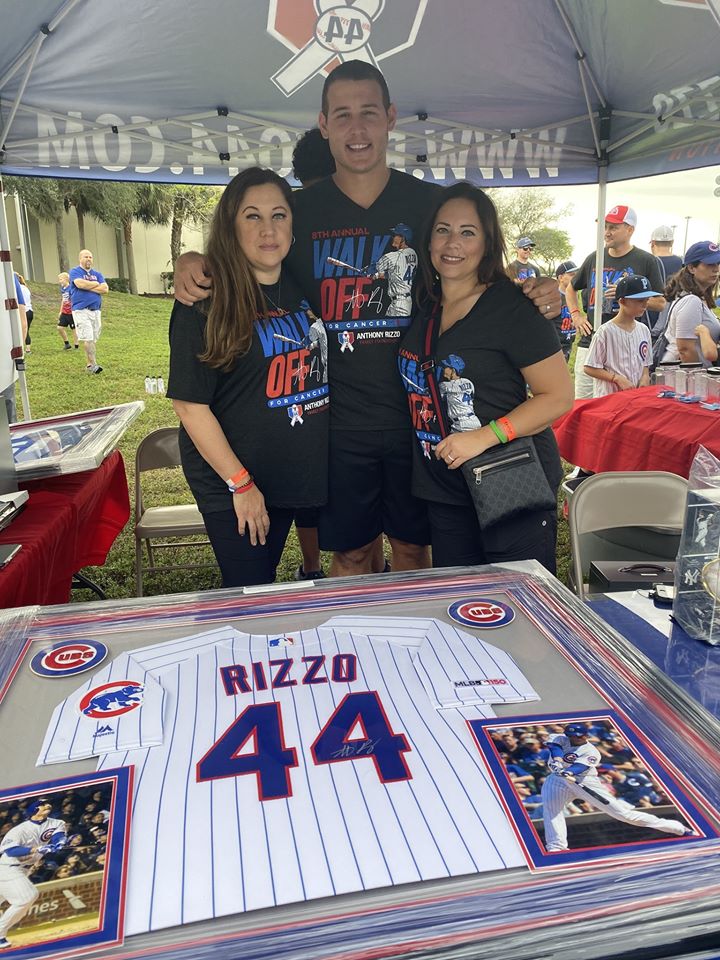 DAWSON was a Grand Slam sponsor for the 8th Annual Anthony Rizzo Family Foundation Walk Off for Cancer 5K event held on Sunday, November 24, 2019 in Parkland, Florida. The Anthony Rizzo Family Foundation is a non-profit organization founded by Chicago Cubs first baseman and Hodgkin’s Lymphoma survivor, Anthony Rizzo, whose mission is to raise funds for pediatric cancer research and provide support to children and their families battling the disease. Anthony is also the first cousin of DAWSON ‘ohana members Michelle Caruso and Katherine Connolly.

Anthony was diagnosed with cancer at the age of 18 shortly after he was drafted by the Boston Red Sox. He was treated in the pediatric oncology departments of Boston General and University of Miami Sylvester Cancer Center.  He realized during his own battle that no matter how difficult fighting cancer was for him, it was even more difficult for his family.  Anthony believes that an individual does not battle cancer alone, but that the whole family battles it together.

Leading up to the event, on Friday night DAWSON Impact along with other volunteers packed 1,300 backpacks that were donated by Nike for all who registered for the 5K walk. On Sunday morning, DAWSON Impact was responsible for assisting in the event setup and the raffle tent – selling tickets for chances to win autographed sports memorabilia and gift certificates.  DAWSON’s participation in this event created a ripple effect and will impact thousands of families. The funds will be disbursed directly to those in need, as follows:

With the exception of the foundation director, 99% of this organization’s participants are volunteers.  It is run by Anthony’s family, his close friends, and his management team with Anthony providing oversight and leadership.  Additional information can be found at www.rizzo44.com.